Marko Savic, a teaching assistant from the Faculty of Political Science at the Corps of International Relations, attended the European Union’s Visitors Programme in Brussels. He made his way to Brussels when he found the call for proposals on the Delegation’s website.

“I applied because it was interesting to me that someone was offering a platform where you could introduce yourself, and your work, to address issues that are very important. I learnt about the Visitors programme through previous participants, and I applied on my own initiative,” said Marko Savic.

Upon receiving a positive response, Marko was asked to prepare a tentative plan of his visit. Seeing as he is simultaneously pursuing an academic career, as well as a career in public policy, his plan was certainly very detailed.

“Empowering this parallel path was key towards allowing for my motivation for the programme to be seen by decision makers in Brussels. In the end, this was also what I had heard from interviewers that received both my CV and my motivation letter. ”

He stated that a major role in his journey to Brussels was ensuring good communication with the EU Delegation to Montenegro, and the Visitors Programme Secretariat in Brussels. He was also relieved by the prepared timing, the overall programme, and the tips he received on how to carry himself during his visit to Brussels.

“The impressions are such that you are in front of a huge apparatus that functions, from our view, like a Swiss watch – they had placed a lot of emphasis on accuracy in the programme. The other thing was the immediacy of almost every interviewer I had the opportunity to meet, whether high-level officials at their offices, top Union officials, or think-tank analysts. This immediacy was surprising at first,“ Savic noted.

Marko stated that he liked the fact that everything had been well defined, and well specified, in advance. He added that it contributed to a relaxed environment, and the functioning of a great team, and found it a practice that Montenegrins should adopt as well. Marko had an extensive programme during the five working days he spent in Brussels, with five meetings a day, and meetings with everyone from the Secretariat of the Visitors Programme. There, he singled out representatives from Commissioner Hahn’s narrow cabinet, and High Representative Federica Mogherini. He further emphasised his meeting with spokesperson of the Commission, Maja Kocijancic.

His academic inclinations on the interests of other powers in the Western Balkans were also met. He had the opportunity to speak to individuals in the European Commission who dealt with relations between Russia and China through a number of different departments and institutions in Brussels. On the other hand, Marko noted that it is very important that institutions other than the Commission, the Parliament, Council … be included in the programme in the future, as in so doing, a broader scope of knowledge could be learnt. Furthermore, he was very pleased with meetings with the Committee of the Regions, and the Economic and Social Council, where individual deal specifically with the Western Balkans, and Montenegro.

“I complemented my Brussels’ puzzle with the views and opinions of people who are not officially employed by EU institutions, so, during my visit programme, I suggested meetings with a number of representatives from the most influential think tanks. I met with Friends of Europe, and Europe Policy Centre, and spoke to individuals who perform similar work as NGOs and think tank organisations in Montenegro, or the region, and who have other perspectives of the enlargement process in the Western Balkans.

Marko’s impressions from his visit to Brussels were fantastic, and noted that the organisation of his visit was excellent. Furthermore, he thinks that there is a wide range of people he would suggest to apply for the visit, that the Visitors Programme should be better promoted in Montenegro. 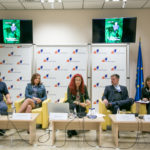 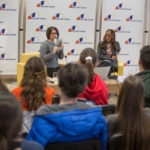