Every second journalist in the Montenegrin digital media never gets paid for working overtime, as it was shown in the report “New media – old problems 2019” prepared by the Trade Union of the Media of Montenegro (SMCG) and presented at the press conference in the EU Info Centre.

The research regarding online media showed that 63% of journalists work overtime, and just over 13% of employees have the luxury of getting the job done during regular working hours. Yet, every other journalist never gets the compensation for working overtime.

“Almost all employees are, sometimes or always, in charge of some extra work, while as many as 73.3% of them are not paid more for that extra work” explained Bojana Lakovic Konatar, the author of the research.

The majority of journalists said that their salary amounted to €500-600, and they receive it regularly (73%) and via bank accounts (83%).

“But there are also those who receive part of their earnings “in hand” or illegally, which is a practice that must be stopped,” she warned.

Marijana Camovic, the President of the Trade Union of the Media of Montenegro, said that online media should respect the laws, especially those governing working hours and work during the holidays, thus, providing employees with decent working conditions and adequate working hours.

“The digital media employees should consider, as a way to improve their position, the possibility of organising and joining trade unions to a greater extent than it is currently the case,” advised Camovic.

Currently, on the website of the Agency for Electronic Media, 61 electronic publications are registered, of which 45 are online news media. However, there is a large number of news media that have not yet been registered and it is problematic that the news media and websites of certain non-governmental organisations are also registered in the same registry and in the same way, which then further complicates the evaluation of the current situation.

The report summarized the findings of two years of research and monitoring of the situation in online media. The document is part of the project “Union to Union – Digital media organising campaign 2019,” which is traditionally implemented by the Trade Union of the Media of Montenegro (SMCG) with the support of the International Federation of Journalists (IFJ) and the Swedish Union of Journalists. 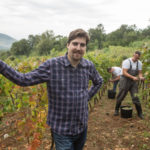 The EU continues to provide financial support to Montenegrin farmers 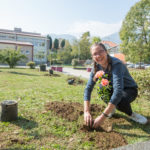