“Having a language assistant available for primary school tests was a really big help. Although boys and girls have equal rights to education, in practice a lot of girls were dropping out. Now, all girls can be educated, well informed and encouraged,” says Emina Rama, the Egyptian mother of a girl attending school in Tivat, Montenegro, where she has classes in her native language.

For Ismail Čuškaj, an Egyptian father, “the biggest improvement came with extra classes. The children worked harder and got better results.” Their children’s schools support the inclusion of Egyptian and Roma children into the educational system in Tivat by working with teaching assistants who speak their language. The schools are part of the regional European Union project “Promoting Human Rights and Minority Protection in South East Europe”, designed to break down barriers for minorities so they can fully enjoy their rights. The project is active in Albania, Bosnia and Herzegovina, Croatia, Montenegro, Serbia, Kosovo* and the former Yugoslav Republic of Macedonia.

The European Union sees human rights as universal and necessary for achieving long-term peace, stability and prosperity. The EU actively promotes and defends human rights, including equal access to education, both within its borders and when engaging with non-EU countries, particularly neighbouring countries seeking closer integration with the EU and European standards.

“Promoting Human Rights and Minority Protection in South East Europe” aims to promote convergence with Council of Europe standards, notably the Framework Convention for the Protection of National Minorities (FCNM) and the European Charter for Regional Minority languages (ECRML). The project takes a bottom-up approach: minorities face exclusion in the community and that is where real change can be effected. 36 local authorities from across the Western Balkans were awarded grants to cater better to the needs of national minorities. The scheme directly benefitted 24 minority groups and addressed issues such as minority language education, equality, civic participation and the use of minority languages in the public sphere. Municipalities showing exceptional commitment to overcoming barriers for minorities were rewarded with additional grants.

In Subotica in the North of Serbia, three languages and three nations share the same rights. Even official documents are available in Serbian, Croatian and Hungarian. “It is really great that we can use three languages in our town. We are a multinational community and we can communicate in three languages with our local administration. This makes life easier for people here,” said Sonja Karponaic from Subotica.

The municipality of Gradiška, Bosnia and Herzegovina, used the grant to translate its website into Polish, Italian, German, Ukrainian and Roma, produce road signs in minority languages, and open a Resource Training Centre to improve the professional skills of minority groups. Nikola Latinović, Mayor of Gradiška, especially welcomed this last initiative: “we need national minorities to be our bridge to their home countries to promote business as well as cultural exchanges.”

Minorities across the region face challenges of social exclusion and inequality. The project’s small grant scheme shows that municipalities can achieve better inclusion and substantially reduce conflicts. Good practices have been collated into a publication, which will be shared with other municipalities elsewhere in the region. The experience on the ground also complements Council of Europe monitoring, and will help inform new policy recommendations for minority protection to be shared with national governments towards the end of the project.

*     This designation is without prejudice to positions on status and is in line with UNSCR 1244 and the ICJ opinion of the Kosovo Declaration of Independence. 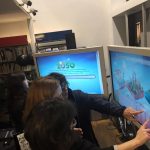 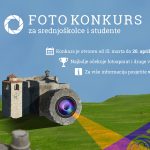