The European Investment Bank (EIB) signed a second tranche worth €40 million for the rehabilitation of 180 kilometres of road along the five main routes in Montenegro. The loan from the EU bank is complemented by a €1.5 million technical assistance grant awarded under the Economic Resilience Initiative (ERI). It is the first ERI grant to be awarded to a project in the Western Balkans. The total EIB investment worth €80 million is expected to increase road safety and efficiency and facilitate faster economic recovery and regional trade.

ERI technical assistance grants increase economic resilience and support sustainable growth, employment and vital infrastructure in countries in EU neighbourhoods most affected by the migrant crisis. In this case, the ERI technical assistance grant aims to help the promoter develop a modern standardised approach and higher quality supervision in line with EU standards.

The modernisation of roads and increased safety along the reconstructed sections will reduce vehicle operating costs, commute times and the frequency of road accidents. Some 4 100 temporary jobs will be created under this project, supporting the private sector in Montenegro.

EIB Vice-President Dario Scannapieco said: “Revitalisation of the transport infrastructure remains highly important for smoother trade, employment and the overall economic recovery of the Western Balkans. Improved capacity of the local economies to absorb and respond to crises creates an environment for economic growth and job creation. By rehabilitating one quarter of the entire national road network in Montenegro, we aim to support regional connectivity and reinforce integration between the Western Balkan countries and the EU. Access to safe and modern roads should not be a privilege, but a necessity for all in our efforts towards increased competitiveness, sustainability and faster EU accession.”

Aivo Orav, EU Ambassador and Head of the EU Delegation to Montenegro said: “In times of an unprecedented health and economic crisis, this financial package from the EIB is very welcome news. Fostering job creation and regional economic ties on the one hand and improving road safety and saving lives on the other is a winning combination. This is especially important for Montenegro as, according to a recently completed EU-funded road safety assessment, 55% of the roads in Montenegro feature as ‘the least safe performing roads’. In addition to avoiding human tragedies, improving road safety has high economic returns. Investment in this area is therefore economically justified and will always be doubly rewarding. Combined with EU-funded projects that the EU Delegation is already implementing on the ground, this EIB support will further contribute to boosting the economy, trade and job creation, as well as making the road transport sector more modern, efficient and safe for the public.”

The loan will enable the upgrade of sections of road along the corridor between Tivat and the port of Bar, between the northern city of Danilovgrad and the capital Podgorica, and between Lepenac and the Spiljani border crossing. Sections of road between Ribarevina and Dobrakovo, and Pljevlja and Mihajlovica – both at the border with Serbia – will also be reconstructed. The first tranche under this loan was signed in November 2018.

The European Investment Bank (EIB) is the long-term lending institution of the European Union owned by its Member States. It makes long-term finance available for sound investment in order to contribute towards EU policy goals. www.eib.org

About the Economic Resilience Initiative:

The Economic Resilience Initiative (ERI) was created in 2016 in response to a call from the European Council. The objective of the initiative is to help shift patterns of migration in the medium to long term and provide support to forcibly displaced populations by increasing the resilience of economies to future shocks. The ERI is doing this by mobilising finance to support growth, job creation, vital infrastructure projects and social cohesion in the EU’s neighbouring regions. For more information, please follow the link: https://www.eib.org/en/about/initiatives/resilience-initiative/index.htm

About the EIB in Montenegro:

About the EIB in the Balkans:

The EIB is one of the leading international financiers in the Western Balkans. Since 2007, the Bank has financed projects totalling almost €8 billion in the region. Besides continuing its support for the reconstruction and upgrade of public infrastructure, since 2010 the EIB has expanded into many new areas, such as healthcare, research and development, education and SMEs.

For detailed information on the EIB’s activities in the Western Balkans, please visit the following link: www.eib.org/en/publications/the-eib-in-the-western-balkans

About Team Europe and the COVID-19 response in the Western Balkans:

As part of the #TeamEurope strategy, the EU’s global response to COVID-19, the EIB Group has rapidly mobilised €5.2 billion outside the EU, accelerating financing and targeted technical assistance. For the Western Balkan countries specifically, the EIB has prepared an immediate support package of €1.7 billion, primarily for SMEs and the healthcare sector. The EU has also mobilised €53 million in grants for the healthcare sector in Montenegro, of which €3 million will be used to procure life-saving medical equipment, including medical ventilators, digital mobile X-ray devices, testing kits and personal protective gear. The remaining €50 million will be used to address the socio-economic impact of the outbreak, including support for the most affected businesses, such as companies working in the tourism and transport sectors (https://www.eib.org/en/press/all/2020-111-eib-group-to-contribute-eur1-7-billion-to-the-eu-s-covid-19-response-package-for-the-western-balkans). The total EU financial support package for the Western Balkans amounts to more than €3.3 billion. 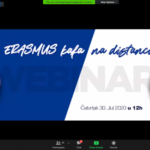 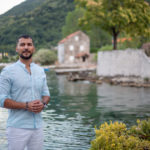