European Commission has submitted a proposal of a regulation amending the existing EU legislation on EU Solidarity Fund, so that the resources of the Fund can be used by both Member States and negotiating countries, currently Montenegro, Serbia and Turkey, in the cases of public health emergencies.

“The crisis we face because of Coronavirus has both a very significant human dimension, and a potentially major economic impact… As part of this joint coordinated response, the EU Solidarity Fund (EUSF) can play an important role in showing EU solidarity to Member States in dealing with the emergency situation”, the proposal reads.

EU Solidarity Fund has been in place since 2002, but it was only used in situations of major disasters caused by natural events such as floods, storms, earthquakes, volcanic eruptions, forest fires or drought.

An eligible country (Member State or negotiating country) may apply for the Fund’s resources if the direct damage from the disaster is estimated to at over EUR 3 billion or 0.6% of its GNI.

The Commission also proposed that the advance sum that the Member State contribute to the Fund should be raised to up to 25% of the total amount or EUR 100 million. According to the proposal, previous advances (10% or 30 million) proved to be insufficient.

Commission proposal was drafted by the Directorate-General for for Regional and Urban Policy on 13 March and is currently in the procedure of adoption. It needs to be adopted by both the Council of Ministers and the European Parliament.

First phase of adoption in the Council was completed yesterday, with the Working Party on Structural Measures endorsing the document, including the preference for its speedy adoption, and sending it to Permanent Representatives Committee, which is a level below the Government Ministers of the EU. 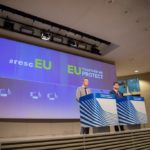 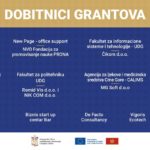