“Not only must we overcome the crisis, but rather we want to and we must also continue courageously along the path of modernisation within the European Union”, she said at the press conference following the meeting. “Europe’s most significant challenges before the crisis will remain the same once this crisis is over: climate change, digitalisation, and Europe’s position in the world.”

She reminded of the urgency of the task to forge an agreement on the NextGenerationEU and the long-term EU budget in the European Council, saying it was the crisis that ‘sets the pace’. “Every day we lose, we will be seeing people losing their jobs, companies going bust, and the weakening of our economies.”

She stressed that the two sides working together can help Europe navigate its way through this crisis with strength and unity, as well as make NextGenerationEU a catalyst for modernisation in Europe.

The College of Commissioners today met with the members of the Bundestag via videoconference. 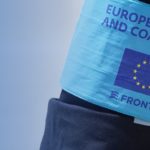 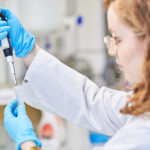