PODGORICA, 13 June 2017 – The Montenegrin doctors’ union presented today in the EU Info Centre a study which shows that the majority of doctors in the country are not satisfied with their jobs, and the union called for opening of a wider social dialogue to find solutions in order to improve working conditions in this profession.

The experiences of civil society organisations active in the healthcare sector show that there is considerable discontent among patients too. According to the programme manager of the Montenegrin Association against AIDS (CAZAS), Sanja Šišović, patients’ complaints are numerous, ranging from health services being unavailable to unclear procedures in their provision. Their efforts to make the healthcare system more efficient and more focused on patients’ needs by strengthening partnership dialogue with the government sector in the field of healthcare is supported by the European Union through the project “HealthUP”.

As their biggest problem, doctors cite the lack of social dialogue through which their problems can be solved, and therefore they are calling for the establishment of such a dialogue as the first next step in resolving their current situation.

“All stakeholders must be involved in the social dialogue – both patients’ and citizens’ associations, as well as associations of doctors, NGOs, trade unions, recognised specialist doctors, experts in this field, and then the Ministry of Health, the Health Fund and others. Only in such a setting can we say that we have the conditions to achieve a broad consensus. It would be an illusion to think that we can satisfy all parties 100 per cent, but in this way we would certainly contribute to everyone being more satisfied, at least,” said Popović Samardžić.

In their struggle for a better position for doctors, the Montenegrin Trade Union of Physicians has help from the European Confederation of Independent Trade Unions (CESI), which it recently joined. The Secretary General of CESI, Klaus Heeger, said at the presentation that they are defending adequate salaries, good employment conditions and workers’ rights for doctors and nurses at the EU level.

Commenting on the expressed discontent among Montenegrin doctors, Heeger said that, from the perspective of the sustainability of the healthcare system, this constitutes a considerable reason to be worried. 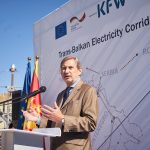 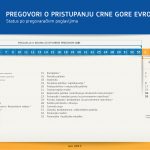