PODGORICA, 3 October 2017 – The European Union (EU) remains committed to supporting civil society in Montenegro, it was concluded at a consultative meeting between representatives of the EU Delegation and NGOs.

The new Head of the Cooperation Section in the EU Delegation, Hermann Spitz, said that he was aware of the excellent work that has been so far carried out between the NGO sector, the EU and the government to nourish development of an active and vibrant civil society in the country, stating his assurance that this cooperation would continue along this good path for the years to come.

He also reminded that last year’s country report on Montenegro underlined that an empowered civil society is a crucial component of any democratic system and should be recognised and treated as such by state institutions, adding that Montenegro still needed to develop an overall society-wide approach, an institutional culture and a legal framework that would facilitate grassroot activities by civil society and deal constructively with criticism about state institutions.

“The enlargement countries face a series of challenges in different sectors, where CSO involvement can be decisive for progressing, not only in the light of EU accession negotiations, but mostly for the benefit of its citizens. Active and professional CSOs can do a lot to create a more open and transparent environment for governmental operations, channel citizens’ expectations and policy advocacy, and demand effectiveness from the public administration,” Spitz added.

The EU has so far channelled substantial financial and technical support in order to build the capacities of NGOs, as well as towards activities to strive for more social inclusion and cohesion, gender equality, regional integration, transparency and the fight against corruption, and it will continue doing so in the immediate future. 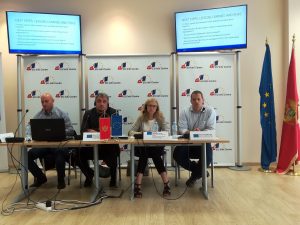 The Deputy Head of the Cooperation Section in the EU Delegation to Montenegro, Audrone Urbonaviciute, said that seven NGO projects had received grants under the IPA Civil Society Facility call for proposals issued last year, for which €1.8 million will be allocated. These projects were presented at the meeting.

The meeting was an opportunity for CSO representatives to give their proposals and suggestions that could help the EU Delegation in planning the new programme period within the National Programme for IPA Civil Society Facility 2018-2019. 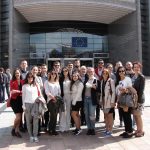 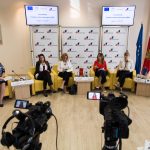