Consumers are the best market regulators

PODGORICA, 14 March 2017 – Montenegro guarantees consumer rights through its constitution and laws, but consumers themselves need to wake up, educate themselves and seek to have their rights respected – this is the message that the Centre for Consumers Protection (CEZAP) is sending from the EU Info Centre on the eve of World Consumer Rights Day, 15 March.

“We need to say to Montenegrin consumers that these rights cannot be practiced on their behalf by anyone else. We all need to do this on our own. We must not be silent about any deviations. When a problem occurs we need to be educated in order to process this problem for the sake of our own interests and well-being. Only then will all legal rights make sense and consumers will be what they actually are – the subjects, not the objects of the market. They will be its regulator,” said Predrag Boljević, an expert in telecommunications and energy working for CEZAP.

This organisation has been dealing with consumer protection for 17 years now, and it says that there are still some big tasks ahead of us, especially when it comes to educating consumers. The strength for future efforts comes from its past successes.

“In the beginning it was difficult to win any fight. At first, you did not get any receipts at all, and when we managed to force vendors to issue receipts, then it happened that you left the supermarket with a receipt saying: “bread, bread, bread”… anything to avoid paying taxes. This battle lasted for a long time because change has been very slow. Nowadays, however, we are working toward the closing of Chapter 28,” said Olga Nikčević, the president of CEZAP.

To comply with European Union standards, Montenegro still needs to implement important legislative changes, says the Director-General for the Development of a National Brand and Consumer Protection in the Ministry of the Economy, Jovo Rabrenović.

He said that a new law on illegal advertising and planned changes to the Consumer Protection Act would bring extensive and major changes, including those that would help consumers in Montenegro improve their position significantly. Some of them relate to remote purchasing, or giving opportunities to consumers to terminate a contract for the purchase of products that do not match the characteristics and intended purpose, or for financial services.

A special focus of the conference and this year’s Consumer Rights Day were topics relating to building a digital world that consumers can trust. The participants agreed that this area is the subject of many ongoing attempts at standardisation on a worldwide basis, but in the meantime they are advising consumers to buy only from trusted sites and to use accounts specially created for this purpose only.

Citizens are not complaining about problems with online trade, due to the lack of jurisdiction of local institutions, but CEZAP’s representatives say that they receive a large number of complaints, mainly regarding public services, and primarily about the electricity supply and telecommunications, while problems occur in many other areas ranging from banking services to ambiguous or untranslated declarations on products in supermarkets. 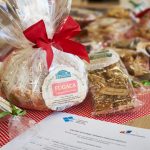 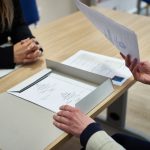 Opportunities for living and working in Germany