Podgorica, 25 May 2018 – The online media in Montenegro is not completely applying the provisions of the journalists’ Code of Ethics regarding comments, research conducted by the Media Institute of Montenegro has shown. The research also shows that more than a half of the portals in Montenegro have failed to publish their internal rules regarding comments, and in most of these media outlets the comments are not moderated. The findings of the research were presented at the panel discussion “How has the online media changed the relationship between the media and the audience, what are the comments from citizens in the online media and how is the media ethically managing that content?” 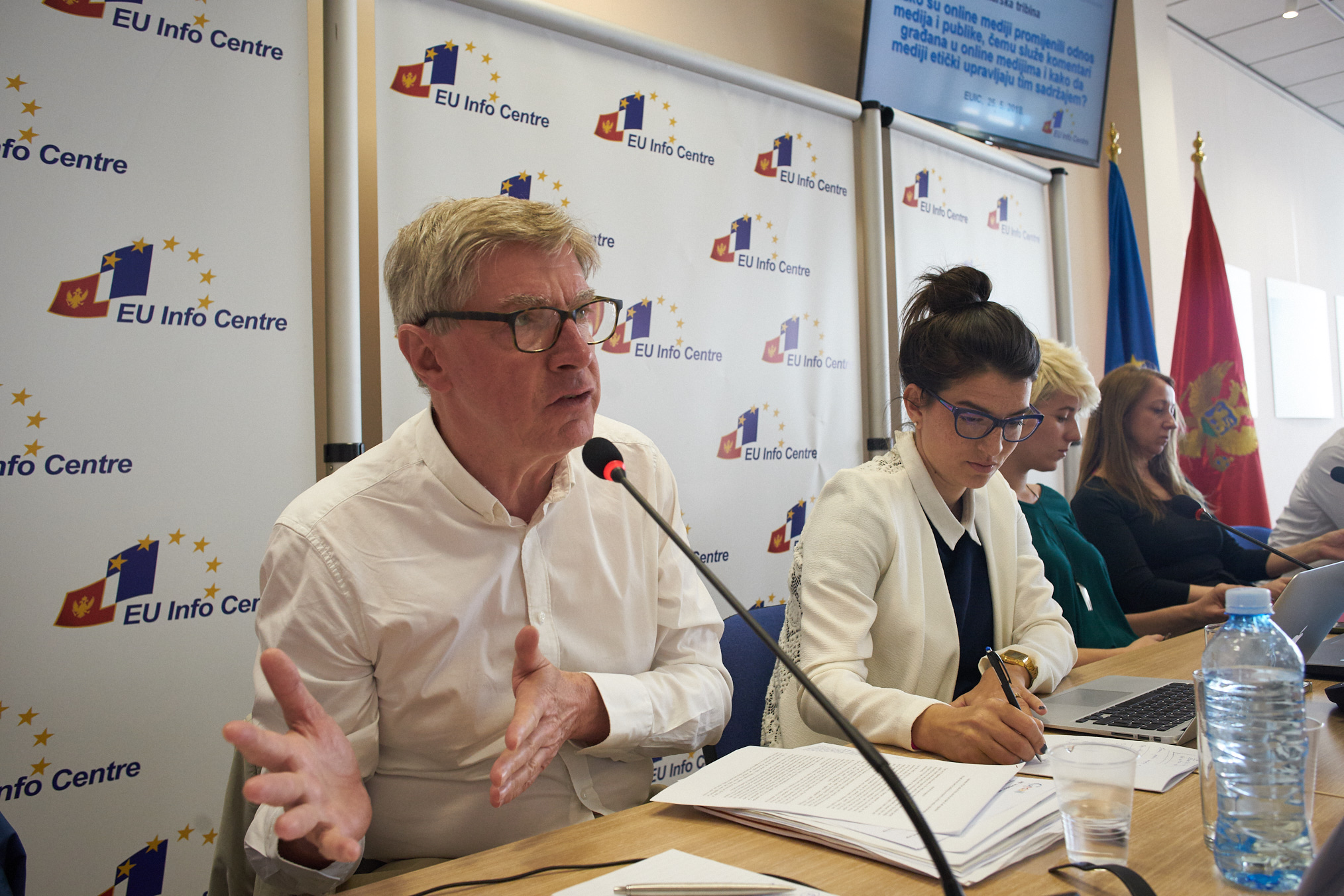 Chris Elliot, director of the Ethical Journalism Network in London and former editor-in-chief and Ombudsman of the Guardian, explained that online media has changed journalism in such a way whereby readers are influencing journalism by engaging in discussion with journalists.

“It is necessary to adopt clear rules for moderating online comments because this saves money and time. This also has a good effect on the readers. Clear and visible moderation rules are my recommendation,” said Elliot. 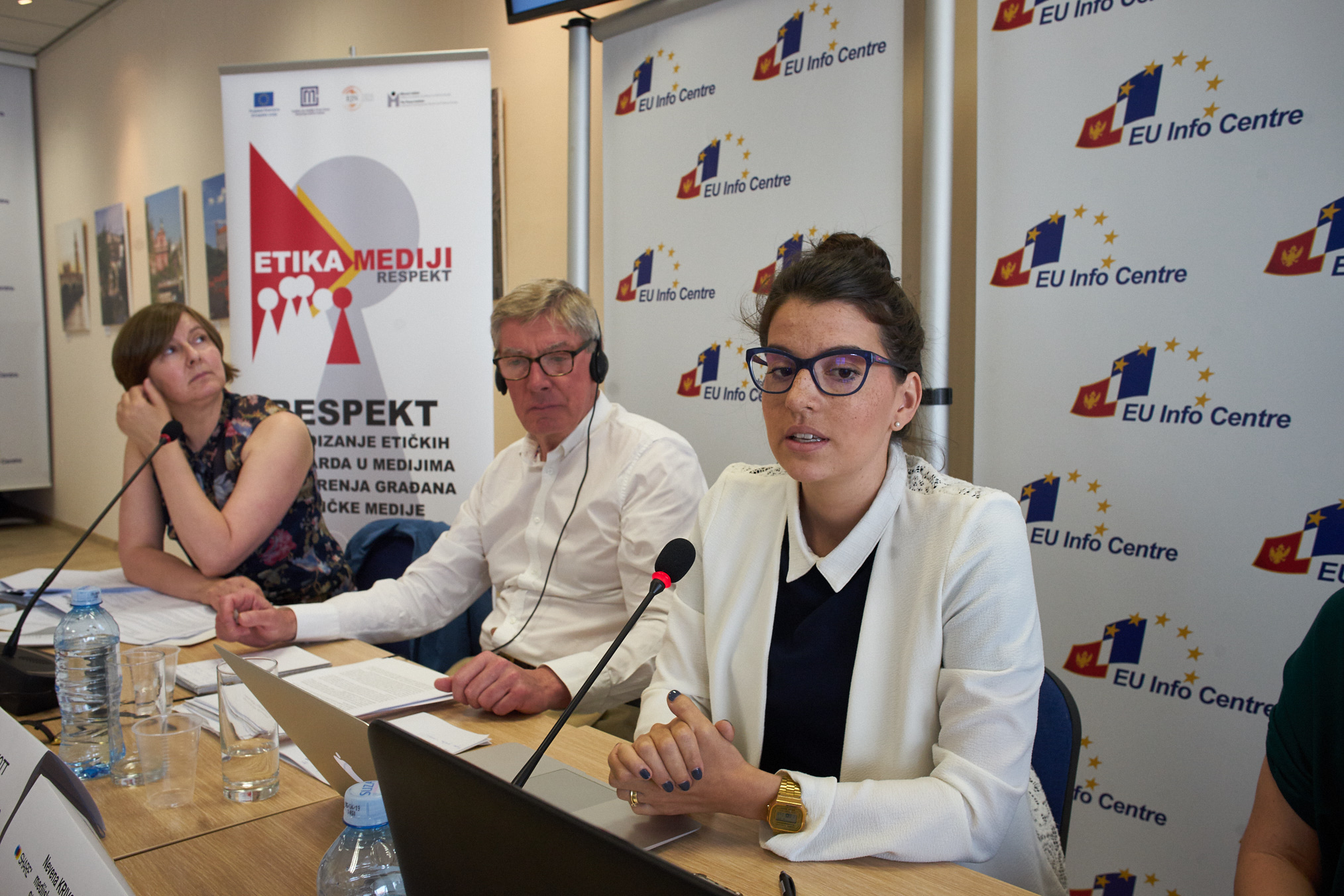 “Due to limited resources, unclear rules and a lack of transparency, pre-moderation is often inconsistent and of insufficient quality. A much better approach, which extends the life of the news, is post-moderation. It reduces costs, the number of comments and the risk of legal liability,” Krivokapic said.

Katarina Jakopic, editor of the portal of RTV Slovenia, explains that the media is doing post-moderation work on certain topics or content that can cause inappropriate comments, in which case it switches to pre-moderation or completely abolishes the possibility for commenting.

“We have a general codex and display our rules on the page and they are very rigorous. Our users have to register via Facebook or email,” said Jakopic. 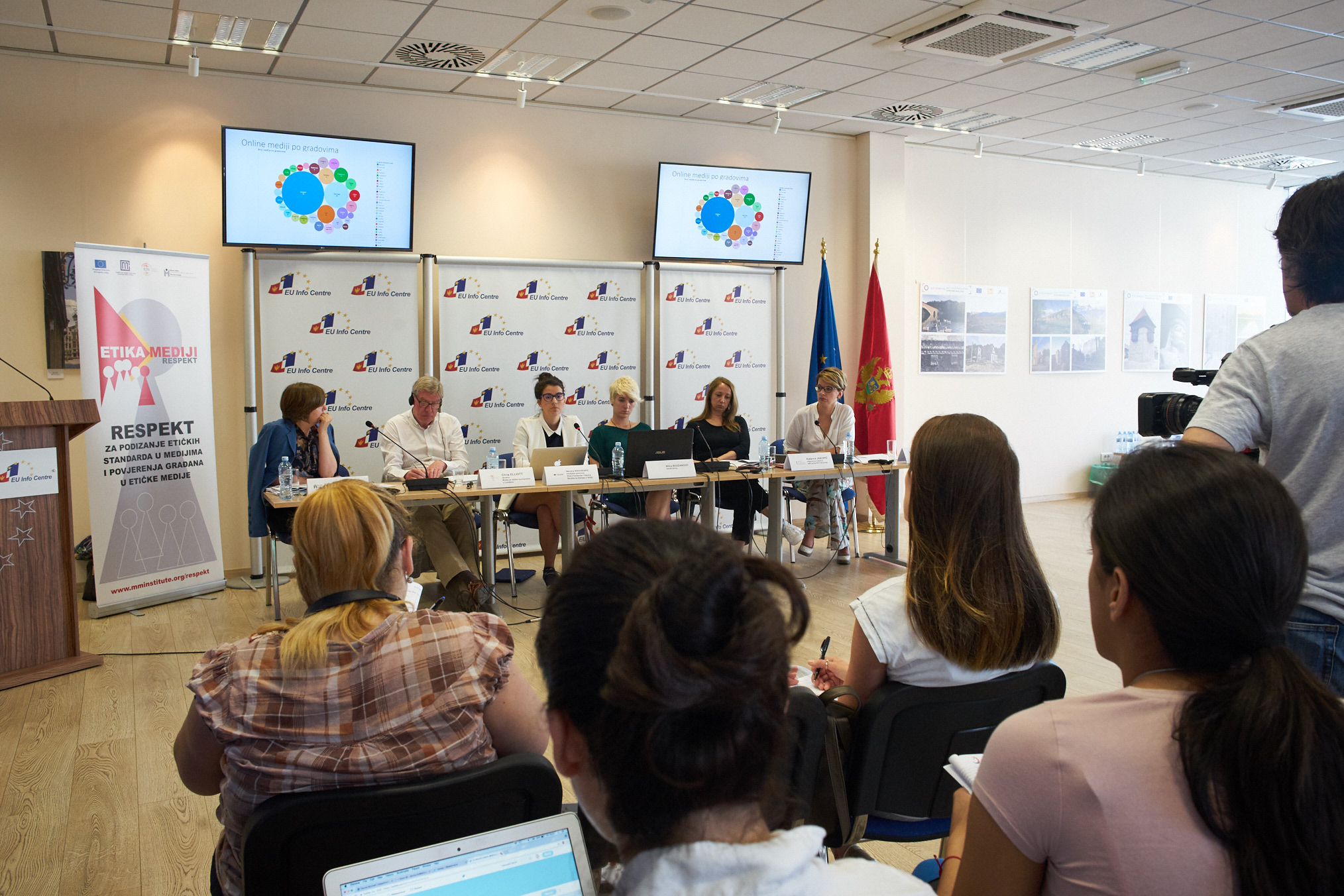 Olja Bulatovic, editor of the RTCG Portal, said that, in analysing the content of unpublished comments, it quickly became clear to her that post-moderation was not being taken into account in Montenegro.

“At this point, even when it came to some topics that seem naive, it would lead to major problems,” Bulatovic said.

The research is a part of the project “To Raise Ethical Standards in the Media and Citizens’ Trust in Ethical Media”, funded by the European Union. 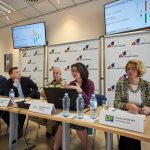 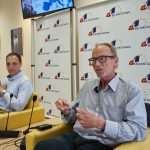