PODGORICA, 17 January 2017 – Citizens’ support for Montenegro’s membership of the European Union is steadily increasing, as evidenced by the most recent survey that was conducted in November and December 2016. This survey is the first of three consecutive annual polls that have been conducted, in which the number of those who absolutely or mostly support Montenegro’s membership of the EU exceeds 60%, amounting to 62.4%.

Negative developments in the European Union have not gone unnoticed by the public, but they did not significantly influence their attitudes and preferences. Overall, Montenegrin citizens have a positive attitude about the European Union. As many as 61% of respondents generally have a positive view of the Union and that number has never been greater, compared to the previous rounds of surveys.

According to the obtained data, a referendum on Montenegro’s accession to the European Union would be pretty “uninteresting” in terms of results. Of the total number of decided citizens, those who at the time of the poll had a clear position on this issue, 76.3% of them would vote “yes”, which is almost three percent more than the previous year. And if we take only the votes of those who say they would vote in a potential referendum, as many as 77.6% would vote to join the European Union.

Citizens believe that EU membership will have a positive impact on all spheres of life, but they expect the greatest benefits to be felt by young people, the unemployed, farmers and entrepreneurs. Interestingly, the data shows a growing perception of the security potential of the Union, that is, of the role of the European Union as a guarantor of stability and peace in the Balkans.

Citizens are decreasingly finding the information on EU accession to be incomplete and partial, and the Government continues to be perceived as the body most responsible for informing citizens about these issues.

When it comes to the topics that are of most interest to Montenegrin citizens, they want to know more about the impact of EU integration on their everyday lives.

As the most demanding chapters in the future, citizens mention Chapters 23 and 24. They also believe that it will be especially challenging to deal with the areas of agriculture, environmental protection, and unemployment.

The poll was conducted by the DeFacto agency for the EU Delegation to Montenegro. The key findings of the poll are available here. 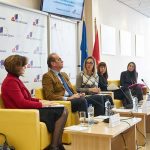 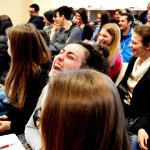