Boskovic: A door to something new and different

Being a writer in Montenegro is the same as anywhere else, as far as writing itself is concerned. As for the outcome, it is limited by the action, that is, by what literature in this area can achieve, says the winner of the European Union Literature Award, Stefan Boskovic.

“It’s a paradox that I don’t know how to analyse because I think people read more today than ever. It is now a myth that the book will die out. The only question is whether people know what they are reading and not how much they are reading. The problem is the criteria because people often do not know how to separate good literature from what is not,” says Boskovic.

A dramaturge by profession, Stefan writes poetry, prose, screenplays and dramatic texts, and each of his literary expressions is different. He says that he entered prose in order to have the opportunity to absolutely present ideas that provoke him and the ones he wants to write about.

Resistance to society, resistance to oneself, resistance to imposed canons that the collective sets as an imperative, all of this creates polygons upon which Stefan places the action of his works on and the world that moves. In his award-winning novel “Minister,” that polygon is our culture through the vision of a state official, from a protocol living on the margins of the cultural environment, circumstances, and memories that furl hierarchically.

Both ambiences intertwine in the award-winning book. The first picture, which was not even written, is the moment when the Minister accidentally kills the artist during the performance, and that is the extreme that represents the fuel that pushes the whole novel forward. In the nine days that lead the Minister from a situation that calms down from the outside yet radicalises within him, that is where it ends. Boskovic is a supporter of a clear narrative behind which no metaphors are hidden. What he writes is what is meant, and the metaphorical meanings that readers find are from their own experience.

That is why it is not surprising that the members of the jury for the European Union Literary Award recognised and understood the narrative with which Boskovic addresses the reader. He says that the award for him is a great recognition that gives him space for a large and completely different market.

“I come from a completely different environment and my books are mostly written in slang and jargon, and it is normal that the language and way of thinking that you are trying to establish with language is completely exotic and abstract to someone there. That is why I am glad that someone understood it and opened the door for me, beyond the established Balkan conceptions in which the topics are always dark and warlike. I am glad that I managed to prove that it is not just like that and that there is also literature that lives outside of the established rules,” says Boskovic.

The award-winning book itself is, in essence, the Minister’s struggle with established tasks, through imposed traditional identities and through political ones. That is why his Minister is tragic, considering that he is faced with the impossibility of deal with what is imposed on him. Boskovic succeeded and that is why he was rewarded. 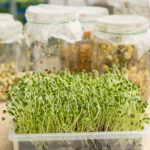 BLOG: What are sprouts and how to grow them? 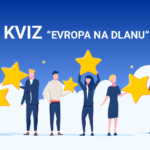