Podgorica, 16 May 2017 – Within the project “Capacity building of Montenegrin consumer NGOs in the field of food safety and quality”, implemented by the Centre for Consumer Protection (CEZAP) and funded by the European Union, four specialised brochures have been prepared: Food Additives, Allergens in Food, Labelling of Food Products and Genetically Modified Organisms.

The brochures will be distributed to citizens at public events to be organised in the central and northern regions of the country.

CEZAP announced that, within the project activities they will also produce a guide for consumers which will include all laws and regulations related to food safety, as well as useful contacts and links with relevant information for consumers.

Project Assistant Jelena Tomović said that they have created an online platform where consumers can share examples of misleading advertising, and that on their website www.cezap.org consumers can get information and advice, and learn about the complaints procedure, as well as receive practical assistance in preparing complaints and queries.
They said that in the last year their organisation had received about 30 complaints from consumers, which are mostly related to the shelf life of products, as well as misleading advertising, lack of declarations and poor hygiene conditions in supermarkets.

Their research has shown that it is necessary to do more in this area in order to improve the situation. To that end CEZAP has developed a guide that has been sent to all relevant institutions for proposals, comments and suggestions regarding what needs to be improved in the area of food safety. 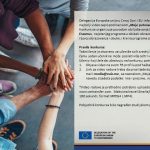 Video competition “My Journey to Europe” 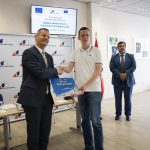