An increase in support for EU integration

Podgorica, 18 December – The percentage of citizens supporting Montenegro’s accession to the European Union has increased compared to last year (62%) and now stands at 65.9%, while the proportion of those who do not support integration is 23.5%, according to a public opinion survey carried out by the Defacto agency, for the needs of the EU Delegation in Montenegro.

“It is a very important element in the society to connect different groups, because society is quite polarised, but it seems that European integration is something that is bringing people together. I think that this is not only interesting for us, but it also sends a message to all political parties and stakeholders in the country – that it is important that they bring Montenegro closer to the European Union because it is something that this society is united on,” said Orav.

The survey showed that 77.3% of citizens would participate in a referendum on accession. If we took into consideration only those citizens who would take part in a referendum and who were already decided, 86% would vote for Montenegro to become a member of the EU, while 14% would oppose it.

More than half of citizens (50.2%) perceive the EU as the largest donor in Montenegro, which is an increase of 3.5 percentage points compared to the previous year. Also, almost half of the respondents believe that Montenegro should have the strongest connections in the future with the European Union. 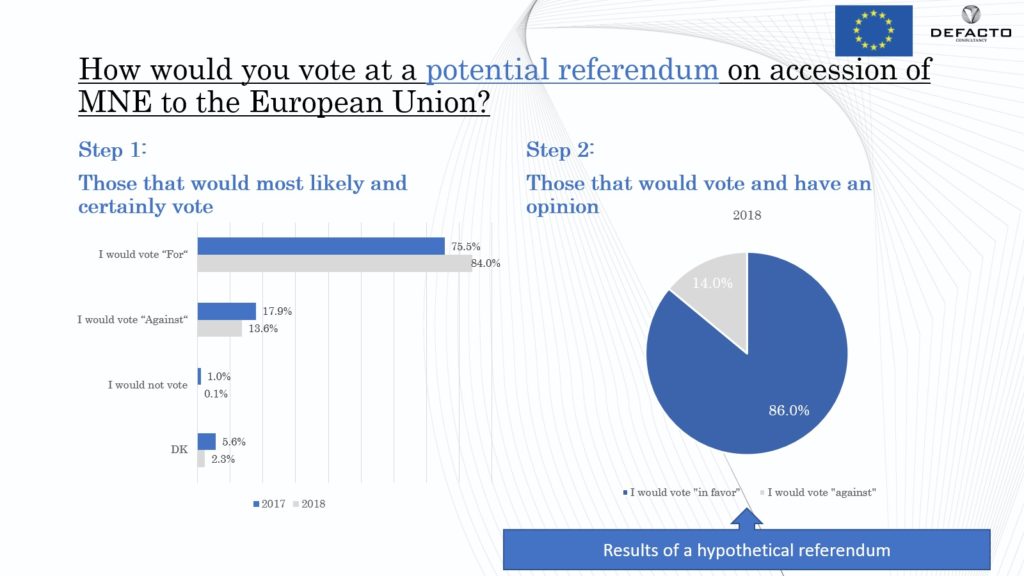 The Chief Negotiator with the European Union, Aleksandar Drljevic, said that he is happy to see data showing that the citizens of Montenegro do not have any dilemma that the future of the country is in the EU.

“This level of support is a strong motivational factor for our further work, as it shows that all the activities aimed at informing the public about the integration process have had good feedback and have given results that citizens have recognised. The fact that citizens perceive the positive effects of EU presence and financial support shows that a good job has been done to promote EU programmes and pre-accession support,” said Drljevic.

“As positive things, people see: movement, freedom, standard of life, the opportunity for a better future, a better life, community, unity and the rule of law. As far as negative associations are concerned, we have a common fear of losing our identity, and themes that have emerged over the last 3 years – refugees and migrants, and the economic crisis,” said Komar.

The largest proportion of citizens, 34.3% of them, think that Montenegro is moving as fast as circumstances allow on the path to becoming a member of the EU. More than a third of respondents (34.6%) believe that Montenegro will join the European Union by 2025.

The vast majority of the citizens, 82.4% of them, say that they are informed to some extent about the EU integration process. 37.8% of them claim that they are interested in information about the EU, but only when it concerns them personally, and this percentage has increased significantly over the past two years.

Commenting on this, Ambassador Orav said that this shows that citizens want to live in a country of prosperity and equality, where the rule of law is strong and corruption is eradicated.

“This, combined with the increasing support for EU integration, is a clear indication to me that the citizens of Montenegro recognise that the merit-based prospect of EU membership is a powerful tool to promote strong and independent institutions, credible rule-of-law reforms, unwavering respect for fundamental rights and a more competitive economy,” said Orav.

The survey was conducted in September on a sample of 1,004 subjects with a standard error of measurement of ±3.1% for a confidence interval of 95%. 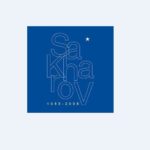 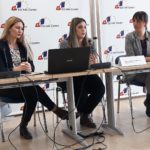 Average monthly salary of employees on portals is €362