Against all odds, the COVID-19 pandemic cemented EU ties with the Western Balkans

In May, the Croatian capital Zagreb was due to host the European Union – Western Balkans summit where the leaders were among others meant to endorse an economic and investment plan for the region. This plan is one of the three strands of the new approach the European Commission developed for the region, to complement the first two: the revised methodology for EU enlargement, which the Commission put forward in February to bring credibility back to one of the most important  EU policies , and the decision to open the accession talks with Albania and North Macedonia, endorsed by the EU leaders in March, together with the revised methodology.

COVID-19 pandemic did not throw this carefully laid out plan around:  it did not change our aim, ambition nor determination. This could have easily happened: the pandemic hit the European Union and whole continent hard and caused an unthinkable loss of life. The Commission took extraordinary measures to support and assist the Member States in addressing the crisis, to save lives, protect health systems and mitigate the socio-economic impact. But at the same time the Commission was clear that the pandemic can only be defeated with global action and by working with partners.

Nowhere was this more obvious than in the Western Balkans, a region at the heart of Europe and entirely surrounded by the EU Member States. The Western Balkans was the first region where this thinking also became action. After initial difficult first days, the Commission took concrete measures already in the second part of March to provide support to all the partners in the region – Albania, Bosnia and Herzegovina, Kosovo, Montenegro, North Macedonia and Serbia. The measures covered support for immediate needs as well as economic recovery, and financially they are now unparalleled with €3.3 billion of grants and loans.

This unprecedented solidarity did not end there: given its European perspective, the EU is treating the Western Balkans as privileged partners by granting them access to many initiatives and instruments for the Member States. We invited the governments to join the EU’s procurement agreement for medical equipment, exempted the region from the export authorisation, while the green lanes to facilitate transport of goods were extended to the borders with the region and within it. The region is associated to relevant EU health bodies and negotiating countries will be able to benefit from the EU’s solidarity fund. At the same time, the EU appreciated the support it got from the Western Balkans partners with medical personnel and equipment.

The Zagreb Summit is now going ahead as a video meeting, but it is going ahead.  We entered this crisis together and we should come out of it together. We will support the region’s economic recovery that will at the same time bring the partners closer to the EU. Our economies are closely integrated, and the economic and investment plan now due in the second part of this year will be even more important. Its aim will be to spur the long-term recovery, modernise the economies, boost growth, support the reforms needed on the EU path, and hence start closing the development gap and bringing the benefits to the people faster.

The plan will focus on connectivity, in particular in transport and energy, and on economy that works for people, also through digital and green transformation. In the coming weeks and months, the region can inspire this plan by putting forward concrete plans and ideas, and by working together closely. Regional cooperation and good neighbourly relations will indeed be key for the economic recovery. So will the continuation of the reforms, which means not just adopting legislation, but actual implementation of measures taken. Focus on the rule of law, functioning of democratic institutions and public administration needs to continue.

Together we will overcome this crisis and come out of it stronger: the COVID-19 pandemic confirmed clearly that the future of the Western Balkans is in the European Union. We have made important steps this year despite the pandemic and we need to continue to build on them for a truly united European continent. 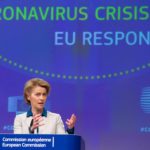 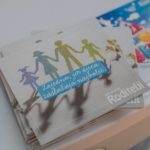 The Parents Association supports all parents at home