Podgorica, 6 September 2016 – “In Montenegro there have been fewer reported cases of torture than in previous years, although there are still severe cases of human rights violations. A new challenge in the prevention of torture in our society is the combating of impunity, by securing efficient investigations and penal proceedings,” said Milan Radovic of Youth Initiative for Human Rights, which presented its results in the EUIC on monitoring mechanisms for the prevention of torture in Montenegro, Albania and Serbia.

The report is part of the project “Building free of torture and impunity societies in the Western Balkans”, financed by the EU with more than half a million euros. During the three years of the project’s duration, civil society organisations in the three countries have monitored and reported cases of torture and, through education, training and cooperation with relevant public institutions, have promoted international standards in this area, especially when it comes to human dignity in prisons.

In all three countries progress has been made, first of all by identifying the key problems: understaffed and overcrowded prisons; poor spatial and residential conditions; and a lack of knowledge of the relevant international human rights regulations among both inmates and the relevant justice institutions. While progress has been noted in all the identified areas, the provision of healthcare services to persons deprived of liberty remains of particular concern in Montenegro.

Mushegh Yekmalyan, from the International Rehabilitation Council for Torture Victims (IRCT) based in Denmark, said that in Serbia, Montenegro and Albania the presence of torture stems from the previous communist period and the inherited criminal justice systems, but that now judicial reforms are making use of various alternative measures to improve the situation. “It is very difficult to change the way of thinking, and for that to happen there must be great political will”, said Yekmalyan, adding that society should not allow the marginalisation of people who have been deprived of their liberty. 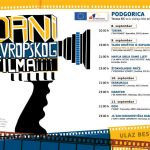 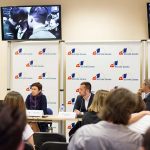